Sage in the Bible: Should Christians Practice Smudging?

There is no specific mention of burning sage in the Bible, is this practice acceptable for Christians? Is it even biblical?

In the Bible, God instructed Moses to use herbs and spices as an offering at the tabernacle. Though only some churches practice it, some people burn sage for various benefits. Burning sage dates back to ancient times and is still practiced by some today.

Information is so accessible nowadays that it piques the interest and curiosity of anyone hungry to learn something new. And with more and more people intrigued with the alleged benefits of burning sage, we Christians can also be curious. So before we consider burning sage for its benefits, let us first look at the origin of this practice and whether it is necessary for our spiritual journey?

What is Sage in the Bible?

According to Britannica, sage is an aromatic herb from the mint family. It has rough oval leaves that are usually downy. Its color ranges from gray-green to whitish green. This herb is native to the Mediterranean region and is useful both dried and fresh as a flavoring for poultry and pork. Species under the genus Salvia are also known as “sage.”

What is Sage used for?

In medieval Europe, brewed tea from sage leaves due to its slightly stimulating properties. Some believe sage helps strengthen memory and promote wisdom. Sage is commonly used for digestive problems such as stomach aches, loss of appetite, diarrhea, bloating, and heartburn.

History and Origin of Burning Sage

On record, the Native Americans were the first to use white sage for ceremonies and rituals. White sage was used to ask the spirits to rid a person or a place of unwanted energies instead of replacing them with prosperity, protection, or blessings. It’s why white sage was referred to as “Sacred Sage” by many cultures.

Many native cultures believe that plants have a soul and a spirit. Thus, burning sage was used to communicate with the spiritual realm. When performing smudging, native cultures use a fireproof bowl such as an abalone shell. Aside from its fire-resistant properties, the abalone shell creates a synergistic loop with the sage.

What is the purpose of burning sage?

Burning sage or smudging is a part of a purification process that involves slow-burning bundled-up sage, cedar, or lavender. It is done for numerous reasons, such as meditation, a home blessing or space, or healing. Each plan has its own merits and purpose; it’s why sage was usually mixed with other plants for different purposes.

Native Americans and other indigenous people have burned sage for centuries as a spiritual ritual to cleanse a person or space. It was also used to promote healing and wisdom.

The indigenous people strongly believed that the potency of sage varies at different times of the year. Thus when sage is used for ceremonial use, extra care is taken to ensure that the best produce is used. Interestingly, though many indigenous cultures use sage for smudging, its intent and purpose differ.

Aside from purification, the ancient Egyptians and Romans burned sage to treat illnesses like digestive issues, memory problems, and sore throats.

Smudging is any ritual involving burning sacred herbs like sage, cedar, sweetgrass, etc. It is a ceremony for purifying the soul of negative thoughts, either of a person or a place. Smudging involves four elements; fire (burning of sacred herbs), water (the shell used as a container), earth (the sacred herbs), and air (the smoke from the lit herbs).

Why do people burn sage or practice smudging?

There are different reasons why people burn sage, but the most common motive is purification. Due to poor air quality linked to various health conditions, burning sage is a cost-effective way to purify the air. Some doctors and researchers say that sage has antimicrobial properties and thus is used as an alternative medicine for people with respiratory conditions.

Others burn sage to help with stress and anxiety and as a spiritual tool. Smudging is a way to connect to the spiritual realm that dates back to Native American practices. Many studies and research have found that compounds in sage help activate specific receptors in the brain that help elevate mood and reduce stress.

What Does the Bible Say about Smudging or Burning Sage?

Why Burning Sage is Considered an Occult or Witchcraft Ritual

This connotation may have derived from one particular purpose of burning sage: to cast out negative energy and evil spirits. Native American shamans used smudging to rid the atmosphere of unwanted spirits and energy and promote healing.

This practice has been carried to the present by the New Age Movement. The New Age Movement’s beliefs are centered on energies drawn from the earth. New Age Movement followers use smudging to purge unwanted “auras” from their homes or themselves. They believe the smoke attracts good energy to replace the negative ones cast away. Smudging is also used to bless one’s eyes or ears to be opened and attuned to the spirit world.

There is no specific mention of burning sage in the Bible. However, the Bible mentions that God instructed Moses to prepare a blend of spices and herbs to burn as a holy incense offering to the Lord in Exodus 30:8-9, 34-38.

“He must burn incense again when he lights the lamps at twilight so incense will regularly burn before the Lord for the generations to come. Do not offer on this altar any other incense or burnt offering or grain offering, and do not pour a drink offering on it.”

“Then the Lord said to Moses, “Take fragrant spices—gum resin, onycha and galbanum—and pure frankincense, all in equal amounts, and make a fragrant blend of incense, the work of a perfumer. It is to be salted and pure and sacred. Grind some of it to powder and place it in front of the ark of the covenant law in the tent of meeting, where I will meet with you. It shall be most holy to you. Do not make any incense with this formula for yourselves; consider it holy to the Lord. Whoever makes incense like it to enjoy its fragrance must be cut off from their people.”

Burning incense that isn’t for the worship of God in the tabernacle is forbidden (Jeremiah 18:15). Yet God’s people have forgotten and began to intermingle pagan deities and idols with worshipping God.

“Yet my people have forgotten me; they burn incense on worthless idols, which made them stumble in their ways, in the ancient paths. They made them walk in byways, on roads not built up.”

Today, the use of incense remains in Eastern Orthodox, Roman Catholic, and some Lutheran churches.

The most widely known mention of herbs in the Bible is from Matthew 2:11 when the wise men presented their gifts to baby Jesus. Frankincense and myrrh for incense, which is burned for worship before God. Myrrh is also an ingredient in the anointing oil found in the Temple. The Bible says that using herbs in worshipping God is allowed; in fact, herbs were used in the Temple.

If it is for the enjoyment of the scent, then there is nothing wrong with burning sage. However, the Bible has numerous verses that tell us to avoid engaging with other mediums and seeking spirits for spiritual reasons.

Leviticus 19:31 clearly says to seek God, and only God, not other mediums such as burning sage. The only way to draw closer to God and enter His presence is through Jesus Christ. And if we do perform pagan rituals, we disobey God’s command to stay away from them (Deuteronomy 10:9-13).

We do not need to please “spirits” for good energy because it will be futile. God calls us to obey His commandments, love Him, and serve Him with all of our beings. Once we place all of our focus on Jesus, everything we need is already taken care of.

Acts 1:8 and 2 Thessalonians 3:3 also tell us that God has blessed us with power through the Holy Spirit. There is no use in burning sage if we already can cast away evil spirits through Christ Jesus.

Through our faith and prayers, God heals us from sickness and forgives us of our shortcomings (James 5:15). For our anxiety, stress, and worries, the Prince of Peace will be our comfort and shelter (Psalms 46:1).

Burning sage will not replace God’s power and sovereignty over darkness and evil. Our God is greater and more powerful than any force against us here on earth.

The herb sage isn’t dangerous or harmful; it is in the intention. Burning sage and herbs was mentioned in the Bible, but the purpose for those times was to worship God and no one else. Though we have the freedom to do whatever we please, it doesn’t mean that we should.

Burning sage may seem harmful, but we still need to be cautious. As Christians, we gain no benefit in burning sage or smudging. God is our healer and our comfort and strength. He always listens and provides for us even before we ask Him.

0 Shares
EDITOR
Alex Shute, MBA
Alex is a family man and entrepreneur based in Los Angeles. His passion is to serve the global Church and bring people of diverse backgrounds together to learn & grow. 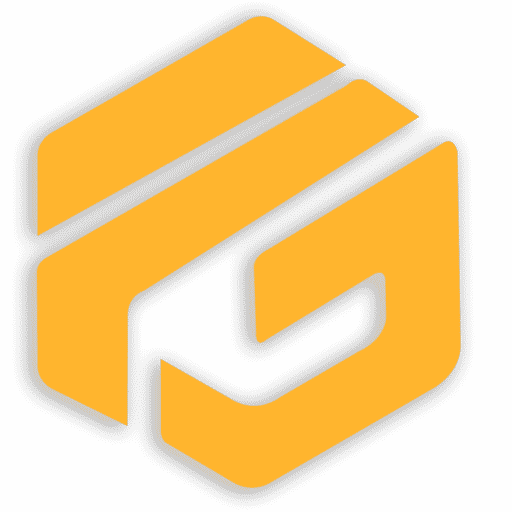