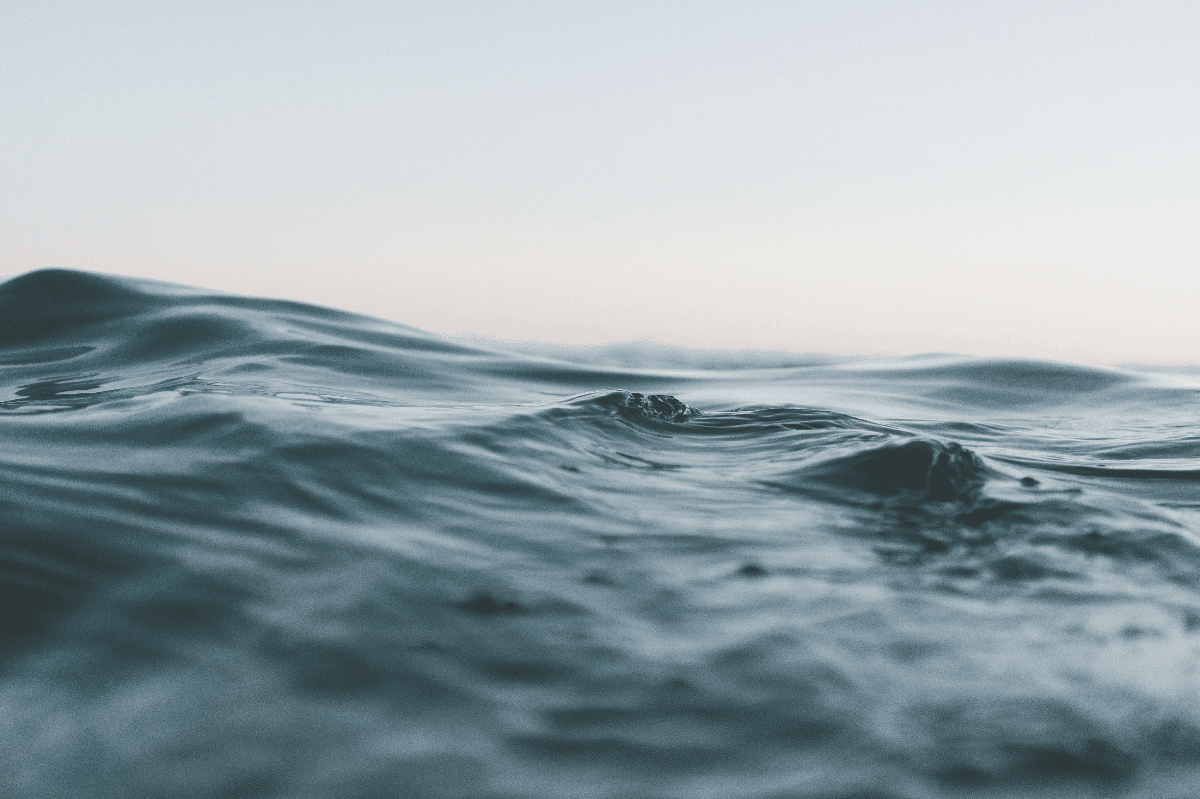 Baptism (Greek translation βαπτίζω which means “to immerse”) is an important part of Christian beliefs and practices. Merriam-Webster defines it as “a Christian sacrament marked by ritual use of water and admitting the recipient to the Christian community”. While generally not considered necessary to salvation, it is a significant aspect of Christianity as it is an outward declaration of submission to Jesus’ lordship.

Although baptism is a common practice, there are still some minor details that bring the discussion in Christian churches. Some of which are (1) the time or age on which a believer can be baptized, and  (2) the method on how baptism should be conducted. In this article, we will look into these discussions, find common grounds amongst opposing sides and study the impact of these arguments and their significance for Christians.

1. Baptism symbolizes Christ’s death (submersion to the water), and resurrection (rising from the water) as seen in Colossians 2:12 and Romans 6:3-4.

Christians believe that the decision to take part in baptism means a public declaration of their belief that Christ died on the cross for their sin, descended into death and rose again on the third day.

2. Baptism is also symbolic of believers’ declaration of faith and submission to Christ. We can see this in Acts 8:34-38 when Philip met the Eunuch and shared the Gospel. The Eunuch declared his belief in Christ (Acts 8:37) and Philip baptized him at the nearby body of water.

One of the important events that took place in the New Testament is Jesus’ baptism at the Jordan River (Matthew 3:13-17). Before the start of Jesus’ ministry, Jesus went to John the Baptist to be baptized. John followed Jesus and baptized him, although he had some hesitations.

After baptism, heaven opened and a voice from heaven said, “This is my Son, whom I love; with him, I am well pleased.” (Matthew 3:17, NIV)  What is the significance of Jesus’ baptism? Jesus’ baptism at the Jordan River showed an act of submission to the Father’s will.

“Let it be so now; it is proper for us to do this to fulfill all righteousness” (Matthew 3:15, NIV)

This illustrates Christ’s earnest devotion to obey the Father. What relevance does this have for Christians? It serves as a reminder for them to faithfully obey God’s commands.

One of these commandments is written in Matthew 28:19-20, known as the Great Commission.

“Therefore go and make disciples of all nations, baptizing them in the name of the Father, and of the Son, and of the Holy Spirit, and teaching them to obey everything I have commanded you. And surely I am with you always, to the very end of the age.” (Matthew 28:19-20 NIV, emphasis mine)

Jesus’ commanded Christians to make disciples. Part of making disciples is baptizing them and teaching them to obey Jesus’ teachings and commandments written in the Bible. Since Christian churches desire to follow Christ, they take part in making disciples, teaching God’s word, and baptizing believers.

We have discussed that for Christians, baptism is a symbolic representation of Christ’s death and resurrection, and a symbolic representation of their faith and submission to Christ. We also looked into Jesus’ example of following God’s will by being baptized in the Jordan River and the challenge for Christians to obey the Great Commission, including the baptism of disciples. We will now discuss two of the pressing issues for Christian churches with regards to baptism – age and method of baptism.

When Should One Be Baptized?

There are two competing ideas about the right age for baptism. One group emphasizes the baptism of infants as part of the covenant. Another group advocates baptism as an informed individual decision by an adult believer.

Kevin DeYoung noted in his article A Brief Defense of Infant Baptism that contrary to other’s belief that some Christians baptize infants out of superstitions, infant baptism is practiced by some churches since they believe that this is part of the covenant. In the Old Testament, God gave a covenant to Abraham (Genesis 15) and this was carried out through circumcision.

For some churches, the modern-day equivalent of this is infant baptism. Note that churches only allowed infants to be baptized if the parents of the child are Christians.

DeYoung also pointed out that “the existence of household baptisms is evidence that God still deals with households as a unit and welcomes whole families into the church to come under the Lordship of Christ together”. We see samples of household baptism in Acts 16 and 1 Corinthians 1. And when we talk about households or families, we include the infants. Infants should not be treated as outsiders but as “members of the covenant who owe their allegiance to Christ”.

Adult baptism, or sometimes referred to as believer’s baptism, is the common practice in Christian churches. The proponents of believer’s baptism argue that one should make an individual decision first to follow Christ before being baptized. To make this decision, an individual should be able to understand the gravity of one’s sin, one needs for a Savior, that Jesus is the only way to be saved, and that the person should receive Christ in their lives.

Adult baptism proponents argue that an infant cannot make a conscious decision of following Christ and that infants do not carry their parents’ faith.

Advocates of believer’s baptism also pointed out that infant baptism should not be considered similar to circumcision, which is the practice of Israelites in the Old Testament. As modeled in Matthew 3 and Acts 8:26-38, baptism involves confession of one’s sin, which infants are not capable of doing, and declaration of belief in Christ, as seen in Acts 8:37.

While not agreeing on the age of baptism, both agree on two points. One common ground is that faith comes first before baptism. In both camps, there is an emphasis on the importance of having faith first in Jesus Christ (for adult baptism, the faith of the believers, and for infant baptism, the faith of the Christian parents) before one can be baptized. Another similarity between them is that they both agree on water baptism as a way to be baptized.

How Should One Be Baptized?

Both sprinkling (aspersion) and pouring (affusion) are a less popular way of water baptism in Christianity. While both are used in Roman Catholicism as a way of baptism, it is contested in some Christian circles. Advocates of sprinkling and pouring point out two instances where baptism by immersion is not a practical choice.

In both instances, baptism by sprinkling or pouring is deemed acceptable.  Water baptism is symbolic of Spirit baptism. Water baptism is a visible symbol of the unseen spiritual reality that applies the saving work of Jesus to our soul.

Those who argue that baptism should only be done by immersion use Matthew 3 (Jesus’s baptism) and  Acts 8:34-38 (Baptism of Eunuch by Philip) to defend their argument. Immersion advocates highlight how Christ’s death and resurrection can only be established through immersion. Moreover, the very Greek translation of baptism which is βαπτίζω which means “to immerse” supports their claim.

Also, since there is no account of sprinkling and pouring as a method of baptism in both the Old and New Testament, proponents of full immersion baptism note that the sprinkling or pouring method is not biblical and therefore invalid. They also point out that methods aside from immersion are not of God’s command, and therefore an act that is of the world’s standard.

While debates regarding the “biblical” way of baptism are still unsettled, both parties agree that faith in Jesus Christ is more important than the mode in which one is baptized. Both parties also agree that salvation is in no way affected by the mode on which one chooses to be baptized.

While there are unsolved issues regarding baptism, this will not erase the importance of this practice for churches – to declare one’s union in Christ. Therefore, Christians practice baptism as it is commanded by Christ in the Great Commission.

Rather than focusing on the nitty-gritty issues that surround baptism, Christians should focus more on the meaning behind baptism – that Christ died for the world while we were yet sinners to demonstrate His love, the need for Saviour to save people from their sins, and Christ’s victory over death and sins.

For those who choose to follow Jesus, accepting Christ brings freedom from the slavery of sin, and this is not because of practices and rituals they do, nor because of their efforts to adhere to existing laws of the church and society, but because of God’s gift which is eternal life through Christ Jesus.

AUTHOR
Alex Shute
Alex is a family man and entrepreneur based in Los Angeles. His passion is to serve the global Church and bring people of diverse backgrounds together to learn & grow. In his free time, he enjoys perfecting pour-over coffee, smoking meats, and discovering new cycling routes around Southern California.

As an Amazon Associate, I earn from qualifying purchases.